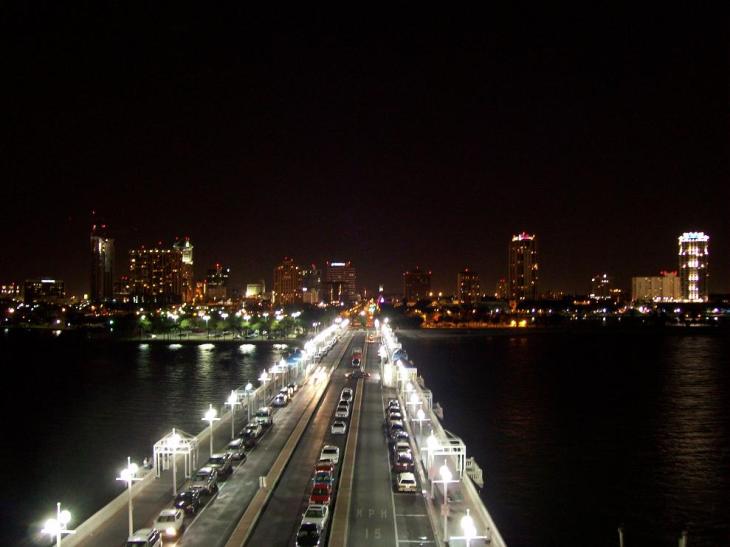 I am writing from the beautiful Tampa Bay area.

And you, being dead in your sins ….. hath he quickened together with him, having forgiven you all trespasses. Colossians 2:13

Friday’s section of this week’s SS lesson asks the question, “How can we help someone who is spiritually dead?”I must share an experience I had several years ago, early in my ministry that taught me to never give up. I was a Bible Worker in a small church in Oklahoma . For the sake of anonymity, I will name the following couple Joe and Jane. Joe had gone back to drinking and soon he and Jane both stopped coming to church. One night at prayer meeting someone reported that not only had they left the church for the world, but they even told us to stop praying for them. Of course we kept praying any way. After several weeks I finally found them at home. I thought I had talked them into at least letting me come back to study the Bible with them even if they would not come to church. We set a time for me to come back. When I returned, I was met at the door by Joe. He told me he could not study the Bible with me, because just the thought of reading the Bible made him so sick and depressed, that he could not stand it. So he sent me away. I walked back to my car fully convinced this man must have grieved the Holy Spirit away, since he had asked us not to pray for him, and even the thought of the Bible made him so sick. I decided if he had grieved the Spirit away, there was obviously no reason to contact him again, so I never did. I never saw Joe in church or anywhere else for that matter.

Three years later I was working in North Texas as a Bible Worker when I got a phone call from my mother. She wanted to know what set of Bible study guides I like to use. I told her the “Good News Study Guides” by Don Grey.  She told me she needed to get some study guides because my father and she had just begun some Bible Studies with Joe and Jane. I could not believe it! First of all my parents don’t normally give Bible studies, and I thought Joe had grieved away the Holy Spirit with his drinking and constant rebellion. While studying with my parents, Joe left his drinking and rebellion and a few weeks later both he and his wife were re-baptized! I called my parents before writing this story. They tell me Joe and Jane continue to be faithful members ten years later.

I believe God used my parents to study with them so that I would be aware of this happy ending for two reasons. 1. To show me I should never give up on anyone. 2. To show me what He was able to accomplish with absolutely no help from me. God is able to work His greatest miracles when I am nowhere in the picture.

I was a young Bible Worker back then with a lot to learn. I have since learned to follow Jesus’ example in all I do. The reason I never give up on anyone now is simply this-Jesus left me with no example on how to give up. He never taught us to give up, never talked about giving up, never thought of giving up. Even if someone seams spiritually dead we do not need to stop praying and give up. Jesus raises the dead! “Even when we were DEAD in sins, hath quickened us together with Christ, by grace ye are saved.  Ephesians 2:5