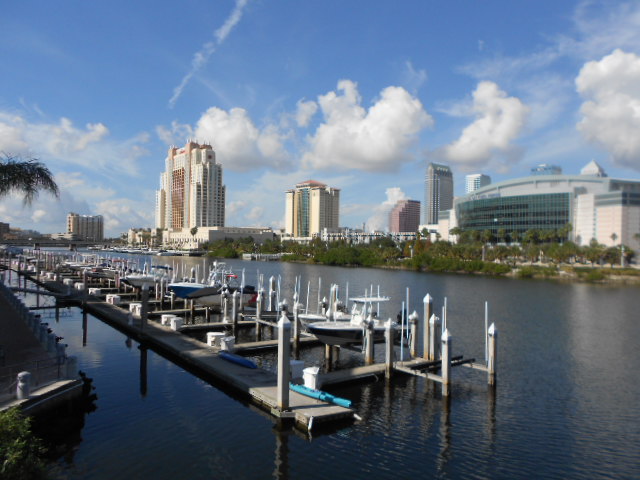 In 1492 Columbus sailed the ocean blue, and while he thought he was finding a short cut to India what he found was a whole “new world.” Now granted, the millions of people already living there already knew about it, and there is evidence of visitors well before Columbus. Still that does not change the point of this story. The fact is that while Columbus’ calculations were off, and his trip a “disappointment” as far as finding a new way to India, he still discovered for himself a whole new world!

In 1844 a group of Bible students also had some miscalculations, but even though they had a disappointment they still discovered something very new to them.

So I went to the angel and told him to give me the small scroll. “Yes, take it and eat it,” he said. “It will be sweet as honey in your mouth, but it will turn sour in your stomach!” So I took the small scroll from the hand of the angel, and I ate it! It was sweet in my mouth, but when I swallowed it, it turned sour in my stomach.Revelation 10:9-10

Seventh-day Adventists understand this passage to be referring to the great disappointment in 1844, when the Millerites expected Jesus to come. The scroll is the book of Daniel which contains the 2300 day prophecy, and the sweetness was the expectation of his coming in 1844 and the bitterness is the disappointment.

Some believe that the seven thunders (see Revelation 10:4) actually told John about the great disappointment, but when he went to write it he was told not to. If you go with this theory, then you understand that some things must be learned through experience. Sometimes that is the best way to learn, and it is not that God had not already told us that we do not know the day, or the hour of the second coming. There was enough Biblical evidence already in the Scriptures to prevent the great disappointment from happening. Sometimes we have to take our lumps for not appreciating what Biblical evidence is already there, and learn from experience.

Remembering that there were no chapter divisions in the original Scriptures, the first two verses of Revelation 11 give us a strong clue as to what actually happened in 1844.

Then I was given a measuring stick, and I was told, “Go and measure the Temple of God and the altar, and count the number of worshipers.  But do not measure the outer courtyard, for it has been turned over to the nations. Revelation 11:1-2 NLT

What these Bible students discovered after their great disappointment was the wonderful truth about the investigative judgment and cleansing of the sanctuary!

Still, that did not take away the sting of the great disappointment.

Here is the account of one of the Millerites, Hiram Edson of that great disappointment when Jesus did not return in October 22, 1844:

“Our fondest hopes and expectations were blasted, and such a spirit of weeping came over us as I never experienced before. It seemed that the loss of all earthly friends could have been no comparison. We wept, and wept, till the day dawn.” -Christ and His sanctuary, Page 4.

Many people mocked Hiram and his friends while they were already grieving. Does that make any sense to you? Making fun of hurting people, just because they made an honest mistake in misunderstanding the Bible?

1844 was not the first time such a thing happened. After the crucifixion, God’s true followers, the disciples, were severely disappointed. Of course their disappointment came from their misunderstanding of Jesus’ clear words. Still pain is pain, and there was no reason to make fun of them while they were hurting. And their mistake in misunderstanding and not comprehending the Scriptures regarding the cross, did not stop them from still being true disciples of Jesus! They were still God’s people even though they still had a lot to learn, some of which they would have to learn by going through bitter disappointments, and even what they (both the disciples in A.D. 31 and A.D. 1844) perceived as public embarrassment, in addition to grief.

On the cross, there was a thief who was mocking Jesus and making fun of all of His claims. This thief was belligerent and would have just as easily mocked Jesus’ followers. But somewhere in the midst of that dark afternoon, this thief stopped mocking Jesus and started looking at his own heart. When he did, an amazing revival took place. Maybe it would be a good idea for us, instead of mocking the claims and theology of others, to take a good look at our own hearts, and our own attitudes about meeting Jesus one day soon.

You may explore this week’s Sabbath School lesson here.