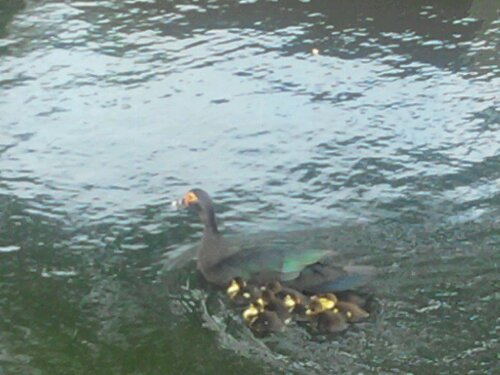 This week’s SS lesson, which can also be downloaded to your cell phone, gives us hope for depression.

If anyone had reason to be depressed it was poor Joseph. Sold by his own family, he became a slave in a foreign country. He tries to keep a good attitude and what does he get for it? Prison time! When propositioned by his boss’ wife, he faithfully resists the temptation. Many in Joseph’s situation would have taken her up on the proposal. After all, Joseph’s life had been full of bad breaks. He could have told himself, this was a break finally come his way. He deserved to have an affair with someone who would love him, after all he had been through. However, Joseph, even when down and out does not think of himself. He says, “how then can I do this great wickedness, and sin against God?” Genesis 39:9 Joseph does not think of himself. He thinks about God. The God who let him be sold as a slave into a foreign land. What does Joseph get for his  good attitude? Prison. Have you ever endured hardship, and told yourself to have a good attitude, only to have someone come and slap you in the face for having a good attitude? I have. So has Joseph.

In prison Joseph had every right humanly speaking to be depressed and self centered. However, in Genesis 40, we read where Joseph sees two men, a butler and a baker, downcast. Now Joseph’s attitude by now, could have been; “Why do I care why you are sad? You should hear my problems. You would not believe all the bad things that have happened to me. Why should I care about you when I have my own problems?” However, this was not Joseph’s attitude. He asks the two men why they were sad. They tell him their perplexing dreams and he tells them the meaning to their dreams. To make a long story short, one of the men is put back in Pharaohs presence. Two years later, when Pharaoh has a dream, the man remembers Joseph, who can explain dreams. Joseph is taken from prison and now is leader of Egypt! What was his ticket out of the depression he was in? It was his genuine concern for others. If he had never asked the two men why they were sad, he would have died in prison. But he thought of someone other than himself, and that ended up being his ticket out of prison.

Also, while many blame their environment for their depression, I like how, when all was said and done, Joseph says, “God hath caused me to be fruitful in the land of my affliction.” Genesis 41:52  Joseph did not need to run away from anyone or anything but his own self pity, in order to thrive and succeed.