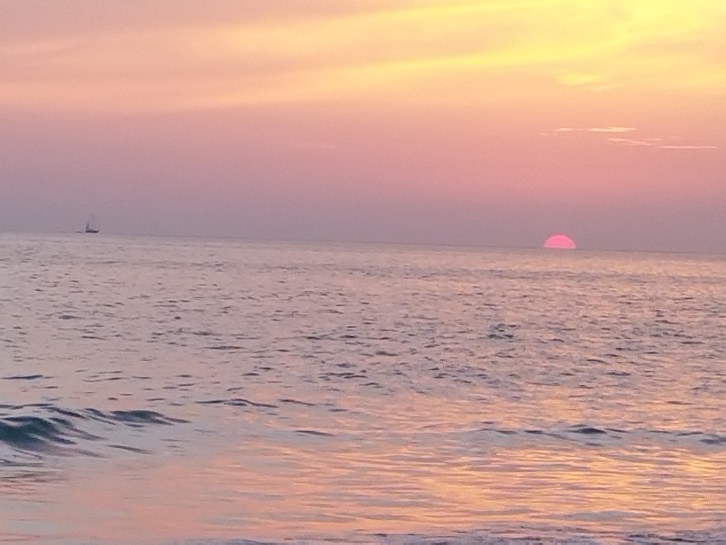 Thursday’s section of this week’s Sabbath School lesson asks the question, “In what ways, even today, might we need to unlearn a lot of what we have been taught from the world?”

When Jesus was telling Nicodemus in John 3:1-17 that he needed to be born again, I believe Jesus was including being re-educated. Nicodemus had a lot to unlearn. He had worked hard to get where he was by his own efforts to reach the standards of man which were built upon the traditions of man. This is why Jesus wanted Nicodemus to be born again  –that he could be taught the ways of God by God instead of the traditions of men by men . God was well aware of the power of tradition in that day, which is why God ordained that John the Baptist would not be taught in the schools of his day.

In the natural order of things, the son of Zacharias would have been educated for the priesthood. But the training of the rabbinical schools would have unfitted him for his work. God did not send him to the teachers of theology to learn how to interpret the Scriptures. He called him to the desert, that he might learn of nature and nature’s God. –Ellen White, Desire of Ages, Page 101

I am a big believer and supporter of our Seventh-day Adventist Christian schools, kindergarten through seminary. I attended Adventist schools from first grade into college. I have taught Bible classes, presented week of prayers and chapel services, and have  been a teacher’s aide and substitute teacher in our schools for  about 30 years. I have also given my own money to help pay the tuition for financially struggling families. I share this only so that you will understand I mean our schools no disservice by what I am going to write next.

I can go through all my Adventist grade school and high school yearbooks, and in all the yearbooks combined I will find a handful of students who are in the church today. Those of us who are in the church today have something in common other than going to an Adventist school. We had family worship at home. We were taught at home by the most powerful teachers and pastors in our lives  – our parents. As much as I love, support and enjoy being a part of the Adventist educational system, I cringe when on education Sabbaths, the preacher credits the school for people like myself remaining in the church. That credit belongs to my parents who showed me Jesus at home and taught me to have family worship as well as my own personal Bible study time even as a child. Now I would not have dedicated so much of my time and money if I did not believe in the importance of Adventist Christian education, but I also am afraid that we give our schools the credit that belongs to parents.

I believe one of the things we need to unlearn as a society is that all education takes place in a formal school. We need to learn the difference between having a diploma or degree and having an education. There are people without diplomas or degrees who are educated, and there are people with diplomas and degrees who are not educated. For example, I was talking to a friend who attended a university in Florida while a future famous pro athlete was attending who will not be named here. My friend told me while the athlete got his degree he was never seen on campus. He was never seen anywhere besides the football stadium.

While I did go to college and can say I am college educated, I did not finish my degree. I have worked with Adventist pastors who ,when we would have a slight difference of theological opinion, would mention their degree as though that gave more merit to their opinion. Some have mentioned their degree, implying it automatically trumped my understanding of the Bible. In other words, having a degree made them automatically right and me automatically wrong. Fortunately these situations have been very few and far between. Much more often, when I have  friendly “debates” or minor disagreements with people who have their master’s degree in theology, they never once mention their degree, but reason with me using the Bible and the Bible alone. They understand their degree does not make them automatically right. They reason with me from Scripture as something we both are familiar with, and we are on equal ground, both standing on the Word of God.

Satan is constantly endeavoring to attract attention to man in the place of God. He leads the people to look to bishops, to pastors, to professors of theology, as their guides, instead of searching the Scriptures to learn their duty for themselves. Then, by controlling the minds of these leaders, he can influence the multitudes according to his will. –Ellen White, The Great Controversy, Page 595

Recently, a pastor friend, who graduated with his Masters of Divinity from  Andrews University called me to see if his understanding on a passage in Revelation was correct. Even though he has his master’s in theology and I have no degree at all, I could tell in our conversation that he had great appreciation for my understanding of Scripture, so much so that he was asking me if he was right. While it does not happen every day, it was not the first time or the last. In 2 Corinthians 11:16 Paul admitted he was boasting a little for a purpose. If it sounds like I am boasting that some pastors from Andrews University call me for theological advice, it is only to make this point. You can be educated without having a formal degree. Like Nicodemus had to learn, we have to learn to stand on the Word of God and not our formal degrees.

I want to close by thanking my Adventist grade school and high school teachers who encouraged me as a child to be a Gospel Worker for Jesus and who even now encourage me and even financially support my ministry. There are too many to mention, but they know who they are, as I still communicate with them regularly. While I did not finish college, I will always be indebted to my professors, especially to the late Jan Haluska, who was my composition teacher. I love writing, and the writing skills he taught me have no doubt been the most practical skills that I have used daily throughout my life and ministry.