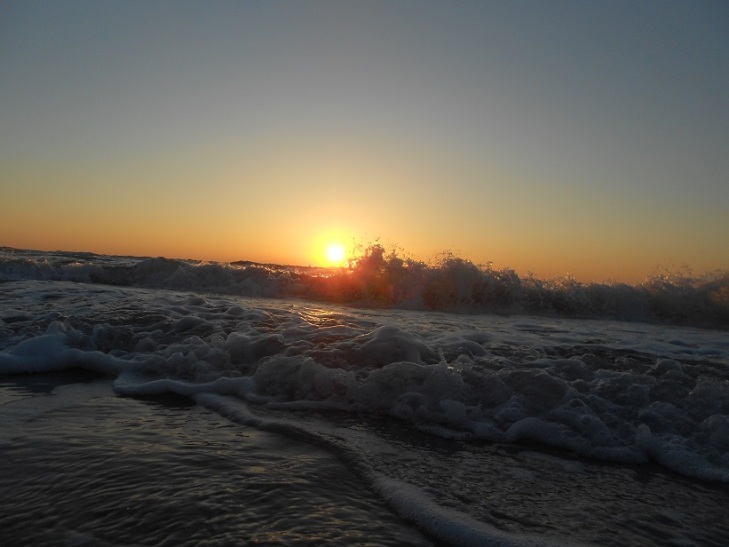 Taking a walk in Texas, I came across a beautiful patch of Texas Blue Bonnet flowers and Indian Paint Brushes. Among the flowers I saw some litter. I thought to myself, as ugly as sin has made this world, God still has His beautiful flowers for all to enjoy among the litter.

Not long after the New York World Trade Towers were hit by terrorists, New York City mayor, Rudy Giuliani, said, “Evil manifested itself that day, with those who were willing to die if they could just kill someone else. Good was manifested that day by those rescue workers who were willing to die if they could just save someone else.” Crashing the planes into the towers was an act of inhumanity, but the rescue workers running into the disaster area while everyone else was running away were performing acts of humanity. As terrible as that day was, it was a defeat for Satan, as we actually saw more good than evil. We saw a handful of terrorists taking lives, but we saw hundreds of rescue workers saving lives. We saw planes being forced out of the sky and landing in places like Nova Scotia, where the townsfolk took some of these traveling strangers in and boarded and fed them. Acts of humanity were everywhere.

Last year I made two trips to Connecticut and Massachusetts, while doing evangelistic meetings. Never having been to New England, I was taken in by the beauty of the area. It seemed so peaceful. I loved visiting the pleasant little villages and old churches. The people were so kind and pleasant to be around. One evening I took the night off from meetings, and visited Fenway Park, the home of the Boston Red Sox baseball team. They were playing my Tampa Bay Rays. Even though I was for the other team, everyone was very polite and helpful – from the people who helped me get on the right subway, to the Japanese  tourists, who sat next to me, asking me Red Sox trivia questions throughout the game, not realizing I was not a Red Sox fan. I surprised myself on how well I could answer their questions. On the train to my hotel, after the game I ran into nothing but the nicest people ever. Even traveling alone, I never felt alone.

Imagine my shock and horror when months later a crazed gunman walked into a Connecticut school and started committing one of the ugliest acts of inhumanity ever seen. When I thought of the wonderful people I met there, I could not imagine such a thing happening. Later I heard about something I could imagine. Victoria Soto, a young school teacher, died in the gunfire while unselfishly protecting the children. That was an act of humanity. After recently being in New England I found the gunman’s actions unbelievable for that area, but I found the action of Victoria Soto to be what I would expect from people in the area.

Last Monday Satan raised his ugly head again in Boston as people were innocently trying to finish a marathon. An act of inhumanity. But we see videos of people rushing to the aid of those who were hurting. That night I thought of Paul writing in 2 Timothy 4:7 NLT “I have finished the race” – the race of life and he would be receiving his prize at the Second Coming. I don’t think Satan is going to be as happy at the end of that race as he was at the end of the Boston Marathon.

A few weeks earlier, I had watched a documentary which left me upset. It was about a child who was abused and killed back in the 1960`s and the trial that brought justice. It was very disturbing, and I think I should have followed the counsel of Philippians 4:8 and skipped the documentary. Like the Boston Marathon bombing, the acts of inhumanity in this documentary were senseless. I was so angry with the evil people that I wanted them to suffer justice! It reminded me of a time many years ago when I was watching Roots, with my grandmother. As a child watching the movie, I was outraged by the cruelty many slave owners practiced towards their slaves. As I was watching, I thought in my ten- year old little mind, “I wish I could bring those slave owners back to life and beat them back to death again! They are so cruel!” I started to tell my grandmother how I felt, when she looked and saw how upset I was. She was upset too, but she said, “It makes you want to bring those poor slaves back to life and be good and nice to them, right?” I agreed with her and didn`t tell her what I was really thinking. My way of thinking, bring the slave owners back and beat them to death, would only continue the inhumanity.

My grandmother died decades later, never knowing what an important lesson she taught me that night. She does not even know she rebuked my attitude, when she said, “It makes you want to bring the slaves back to life and be good and nice to them, right?” I was plotting acts of inhumanity while she was plotting acts of humanity.

After watching the recent documentary about the child who was abused to death, I was thinking how senseless this crime was and I realized I could not bring that child back to life to demonstrate love. Jesus can and will bring people back to life and treat them with love, but in the meantime I`m thinking of what I can do. I can commit senseless acts of kindness in this child’s name.

The next day I found myself having lunch with a friend at one of our favorite restaurants. I saw a family eating together at a nearby table. I told the waitress, “Give me their check.” I did not know the family. They may have had more money than I did. There was no reason or motive for my actions. It may have been totally senseless for me to pay their bill, but that was the point. I decided if some people are going to be senselessly mean, then I am going to be senselessly nice!

I learned my lesson watching Roots with my grandmother that night long ago. I don’t want to continue with acts of inhumanity. Count me in with the millions who are committing acts of humanity!

God, I don’t want to be another piece of litter. Please make me a Blue Bonnet or an Indian Paint Brush.

Will you join me in committing `senseless` acts of kindness to make this world a little better for some of the people in it?  Perhaps it will catch on.