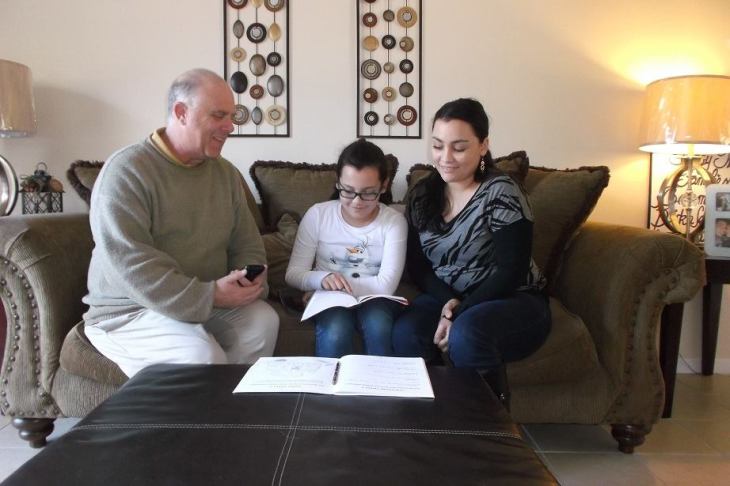 I am writing from the beautiful Tampa Bay area.

You may listen to the podcast version here.

I am reminded of a time many years ago when I lived in Tulsa, Oklahoma. I had a friend, Anne, who was a flight instructor at the Spartan Flight School in Tulsa. One Saturday night, she and I decided to rent a small Cessna 152 and take an aerial tour of the city. While they were fueling the plane, Anne was checking all the gauges to make sure all systems were good to go. When she got to the fuel gauge she said, “Fuel gauge reads full.”

I joked that since we just watched them fueling the plane, there was no need to check the fuel gauge. Her reply has always stuck with me. “Trust no one,” she said. She was right. As the pilot of our little aircraft, it was her personal responsibility to check all the gauges, including the fuel gauge. It was not disrespectful for her to check to make sure the “pit crew” had done their job. It was her responsibility to check things out for herself.

We all have that responsibility as Christians. Paul was not offended at all that the Bereans checked out his preaching to see if it went along with the Scriptures. “Now the Berean Jews were of more noble character than those in Thessalonica, for they received the message with great eagerness and examined the Scriptures every day to see if what Paul said was true.” Acts 17:11 NIV Everyone knew Paul was sincere, but we are all human, right? We can make sincere mistakes.

As Seventh-day Adventists, we tell our Protestant and Catholic friends that they need to read the Bible for themselves, and not take their preacher’s word for it. But how many of us turn around and think, My pastor is an Adventist so I know he is preaching truth?

Friends, if the people searched the Scriptures to see if what Paul said was so, how much more should we be searching the Scriptures to see if what our pastor says is so. We are all human. We make mistakes. Making a sincere mistake does not make you a heretic. It does not mean you are a part of a global sinister conspiracy plot. It just means we are all human. We can’t rely on man alone. Like my friend Anne, who checked out things for herself, we must, along with the Bereans, search the Scriptures for ourselves, so that we can each know individually what is true.

Worry is blind, and cannot discern the future; but Jesus sees the end from the beginning. In every difficulty He has His way prepared to bring relief. Our heavenly Father has a thousand ways to provide for us, of which we know nothing. Those who accept the one principle of making the service and honor of God supreme will find perplexities vanish, and a plain path before their feet. -Ellen White, Desire of Ages, Page 330

Is the 5th seal in Revelation literal or symbolic? Are there souls literally trapped under an altar in heaven right now?

Is the coronavirus one of the last plagues of Revelation? Is there still time to be saved? let’s take a look at what the Bible says.

“I also tell you this: If two of you agree here on earth concerning anything you ask, my Father in heaven will do it for you. For where two or three gather together as my followers, I am there among them.” Matthew 18:19-20 NLT

When Jesus said He would be where just two or three are gathered together, He was not limiting that to a physical location. The context Jesus is talking about is when two or three are in spiritual agreement He is with them.  While talking to the woman at the well, Jesus pointed out that the true place of worship is not so much about a particular physical location of worship but rather worshiping in the right Spirit. I like to think of the Spirit as a dimension all its own. I have friends all over the world but we are always together in the same place in the Spirit. I believe that’s why even if we go for a while without getting to visit that once we finally do its like we were never apart. Because we were together in the Spirit the entire time and spiritually we were never apart.

Remember, churches are not being closed. Buildings are being closed. We are the church. We are to remain open. In Matthew 28:19-20 Jesus did not send His church into a building. He sent them to all the ends of the earth to make disciples. Through technology and the Holy Spirit we can continue making disciples for Jesus around the world.

This is important  now because with the coronavirus Sabbath School classes are not able to meet physically. Millions are studying in their own homes. Some are still meeting in small groups but depending on where you are that could still be dangerous. Doctors are telling us the best way to stop the virus from spreading is to halt all physical social interaction. The good news is we have a safe place to study together without fearing the virus, which is in the Spirit. I have spoken with a lot of people over the phone this week, and some have told me that they are just fine on Sabbath because they have Hope Sabbath School or 3ABN. Those are great and so is SSNET. But we still need interaction. At least on SSNET we can interact by commenting on the bog, but as far as 3ABN and Hope Sabbath School go, we need more than online sermons and Sabbath School classes. We need interaction. This is why last Sabbath many church members called their brothers and sisters on the phone or even on video chats to study together and just as importantly pray together. Paul wrote in Hebrews 10:25 about always continuing to meet together. I believe today Paul would tell us  in this current situation to keep interacting together for fellowship and encouragement. I don’t want to put words in Paul’s mouth but I don’t think just watching online sermons or online Sabbath Schools accomplishes what Paul had in mind. I think to accomplish the spirit and purpose of Hebrews 10:25 we need to interact instead of just watching or listening to someone else do all the talking.

I hope during this time of physical social isolation people will take advantage of SSNET and comment. Many of you read the daily lesson study blogs but not as many comment and interact. We invite your interaction.  While 3ABN and Hope Sabbath School are great to watch online we all need to do more than watch. We need to interact. When it comes to the resources we have today of telephone and online video chats we can interact with people pretty much any time and anywhere. Let’s continue reaching out to the elderly, the lonely, as well as our current Sabbath School class members.

In Light of The Cross
Blog at WordPress.com.